LADY DRAGONS RACE INTO ROUND 3 WITH DUPLICATE VICTORY OVER SGP 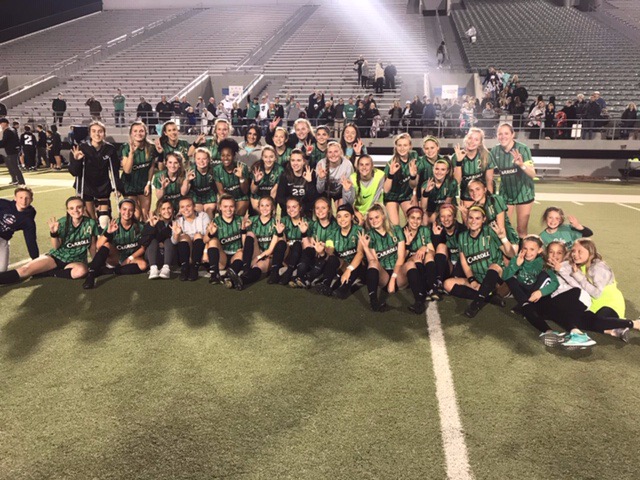 The Lady Dragons surged out to a 2-0 lead on duplicate first half goals by Madi Drenowatz, the later coming with just 2 seconds before the first half horn. Any thoughts of an SGP comeback in the 2nd half were squelched by Kendall (Pants on the Ground) Gilpin's PK which came after Sydney Nobles was fouled in the box. In typical fashion Taylor Tufts saw Madi Drenowatz's two goals and said "hey, you are not going to leave me out of the fun" and now the lead is 4-0 and the game is essentially over. Syd Nobles would score the game's final tally for SLC as the squad raced out to a 5-0 lead. The Warriors would add a window dressing goal late to spoil the shutout.

The Lady Dragons, 23-1-2 overall bolt into Round 3 where they await their opponent, either #4 in the nation Coppell - remember the Lady Dragons started this week at #5 - or Mansfield Lake Ridge which will be determined in a match tomorrow night.